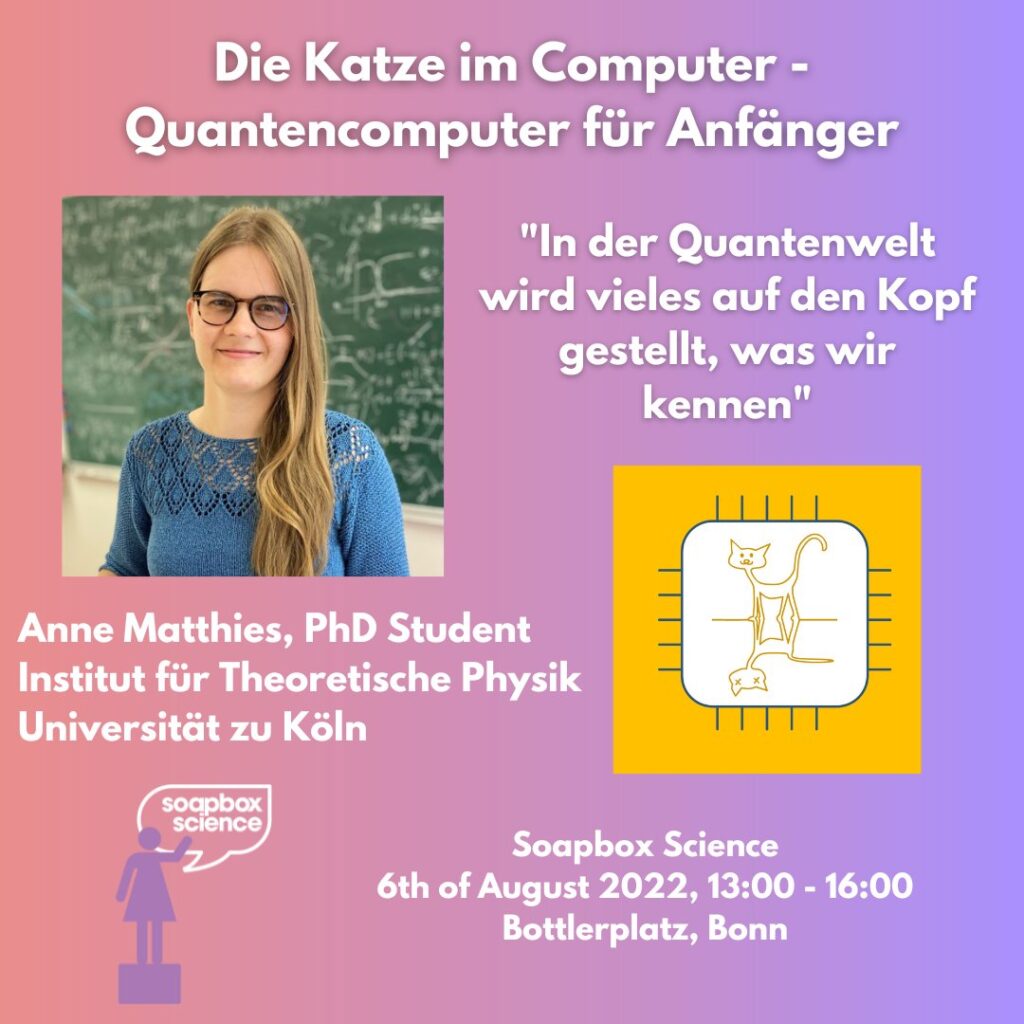 The international Soapbox Science event was once again held in 2022 with over 35 city events in 11 countries. The goal is to bring science to the people and challenge gender stereotypes in scientific professions. Inspired by the “Speakers Corner” in London’s Hyde Park, where debates and discussions were held in public and with the participation of the audience, female scientists stand on wooden boxes (soapboxes) and present their research in an understandable and descriptive way – partly in German, partly in English. In downtown Bonn, the event took place on Bottlerplatz. Thanks to the sun, many visitors stopped by to listen to some science in exciting nutshells presented by scientists from different departments.

Anne Matthies – who is currently doing her PhD project in the Institute for Theoretical Physics at the University of Cologne in the group of Achim Rosch – presented the quantum computer where she kept Schrödinger’s cat hidden. She let her audience guess whether the cat is still alive when she opens the box. Based on the thought experiment of Schrödinger, Anne introduced her audience to quantum mechanical principles and explained how such principles and phenomena are used in the quantum technology research in order to enhance existing computing capabilities. 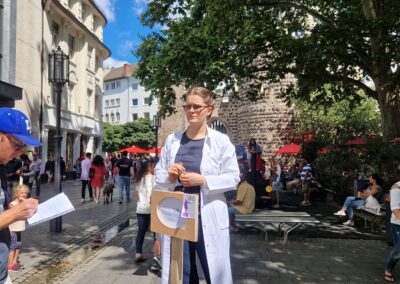 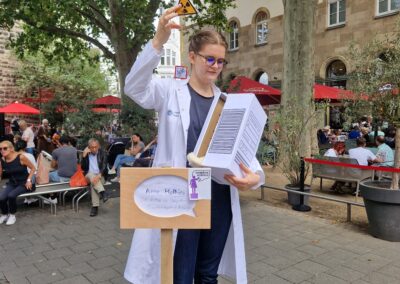 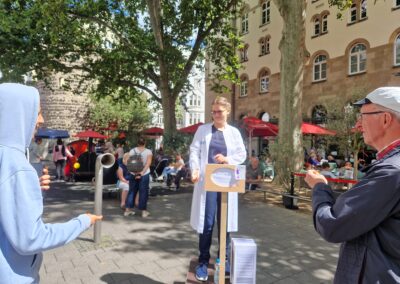 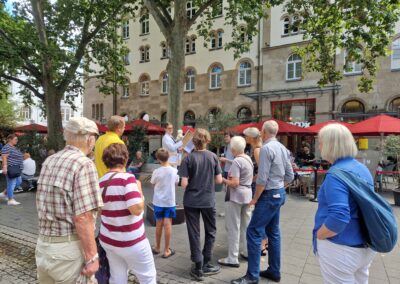 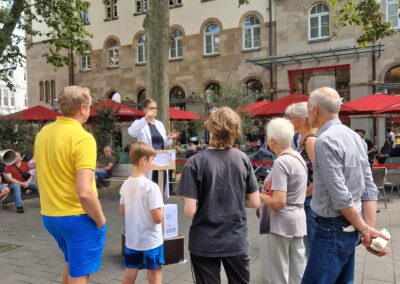 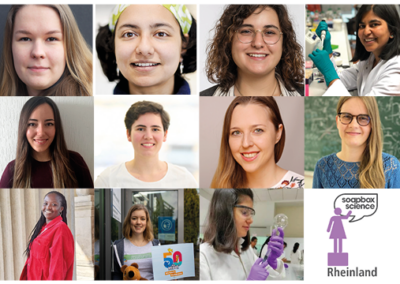