Round 100 guests met at Bumann & Sohn in Cologne on Monday to grab a beer and listen to the latest research news on quantum computers, brain research and aging. 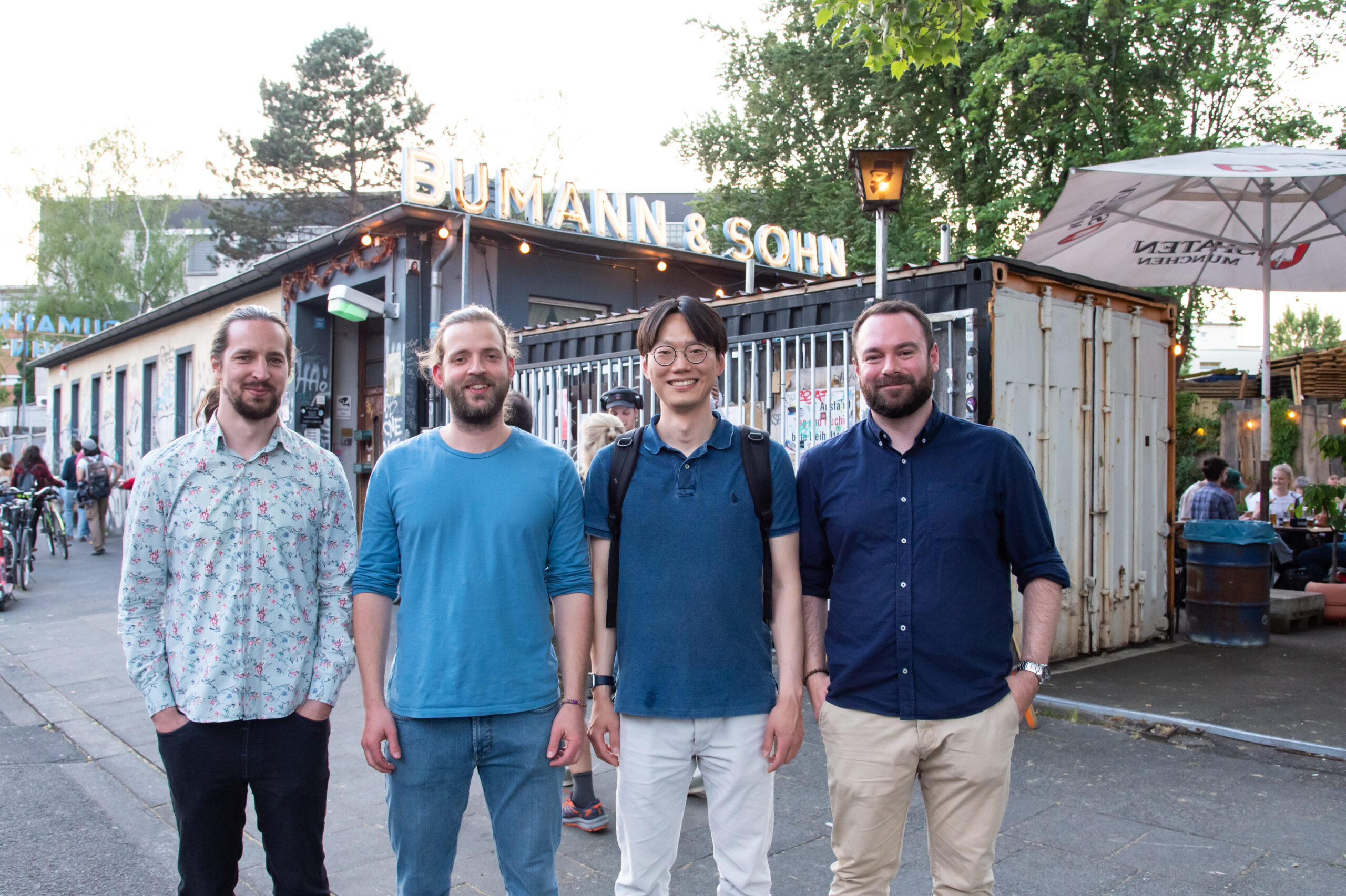 The evening was entitled: All in order? The audience looked at various phenomena from quantum physics, neurology and cell biology that had one thing in common: the search for a certain order is worth all the effort, because it paves the way to for a more healthy life or new technologies. The researchers of the evening embark on this search every day: Christian Dickel (postdoctoral researcher at the Institute for Experimental Physics at the University of Cologne), Christoph Berke (doctoral student at the Institute for Theoretical Physics at the University of Cologne), Jun Yong Kim (doctoral student at the Max Planck Institute for Biology of Aging) and Santiago Camblor-Perujo (doctoral student at the Cluster of Excellence CECAD for Aging Research). 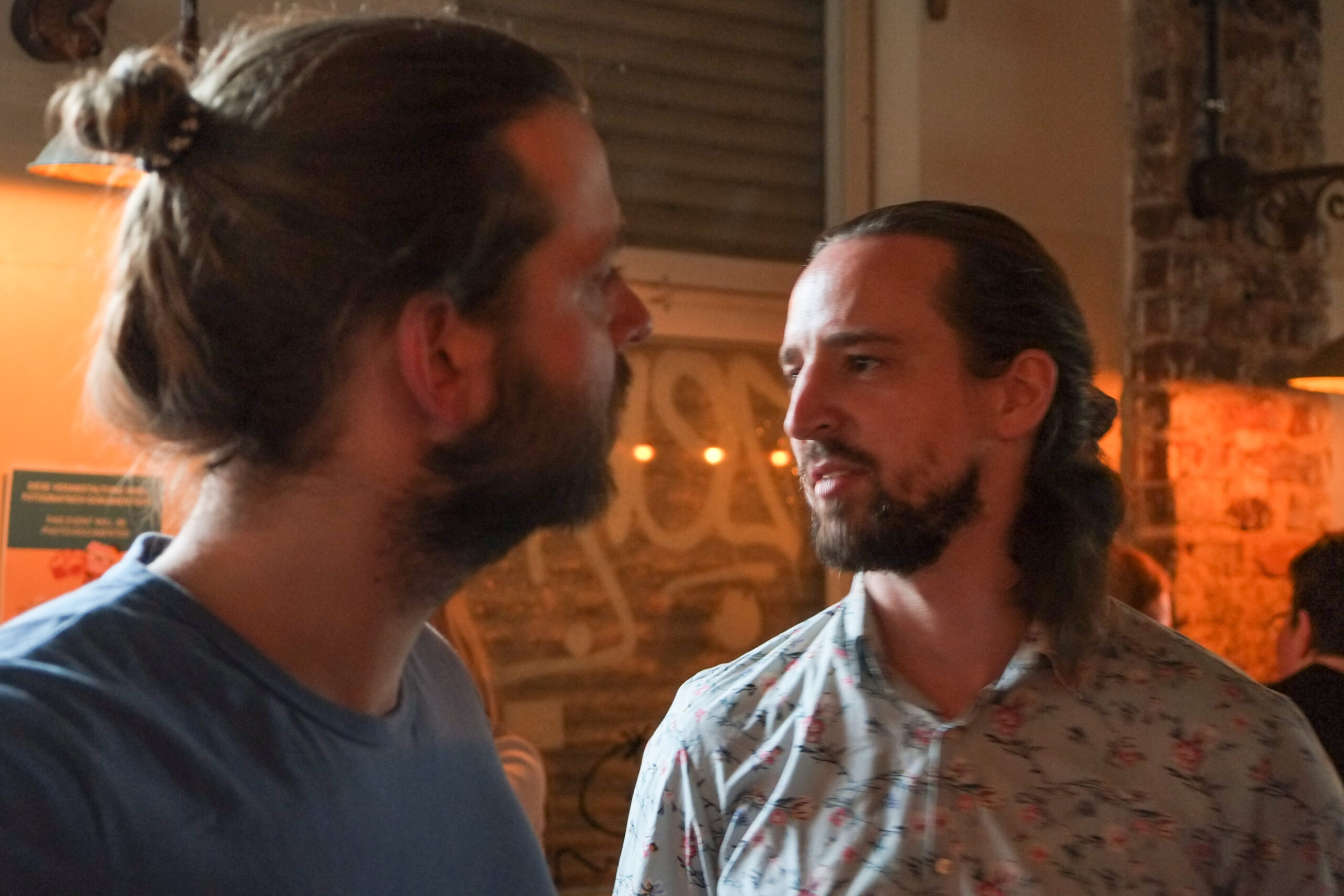 From the ML4Q projects, Christoph Berke reported on results from his PhD thesis. He showed the fundamental difference between classical and quantum computers and emphasized the complexity of these systems. Out of a multitude of different success factors leading to a functional quantum processor, the aspect of chaos represents the core of his PhD research. How much quantum chaos can a processor tolerate to perform operations at an acceptable speed? Christoph calculates this and similar things on a daily basis – with the help of bouncing raccoons, he captured the audience with his popular explanation of quantum chaos! 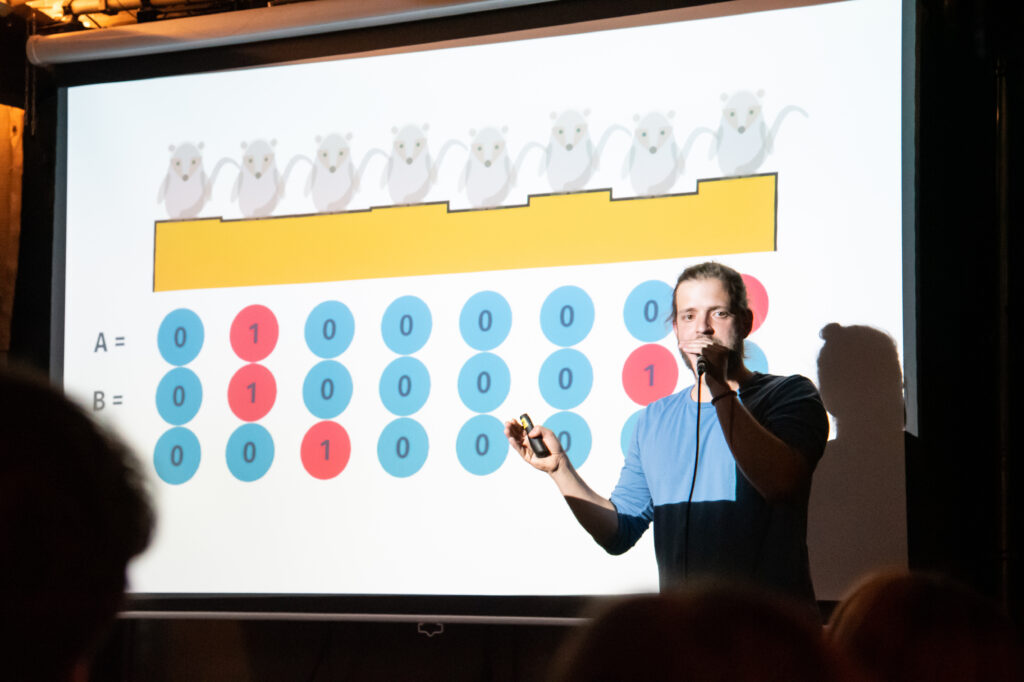 His slides transported the audience to the university lecture hall and in front of the blackboard – an essential part of team discussions in physics. Here, brainstorming still works best with a piece of chalk. Chris Dickel took the audience into the complex world of matter and its physical peculiarities. Even though he showed phenomena that are relevant to the engineering of quantum devices, he took up the cudgels for “crazy academic questions” that he is currently working on in the lab in Cologne. Questions about fundamental research – the strength of performing science at a university. Questions that are at the heart of exploratory projects and investigate materials that could potentially revolutionize today’s computing processes. 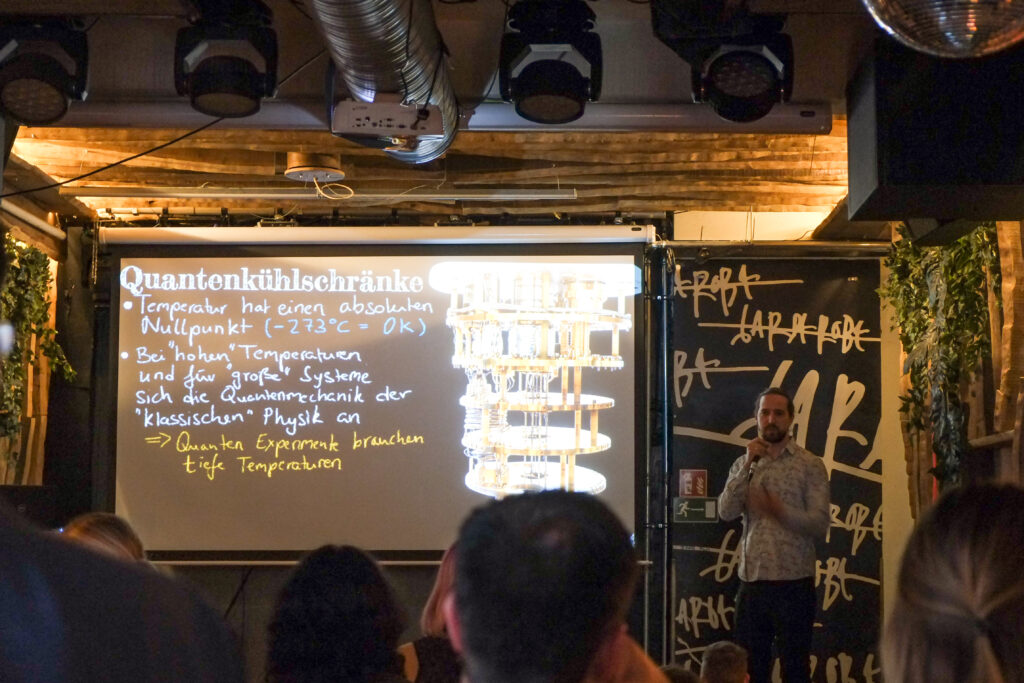 Chris Dickel took up the cudgels for crazy academic questions and shows what he’s working on in the lab at the moment; Image: Jonas Goergens/Katharina Link

Pint of Science describes the international (non-profit) organisation of festivals that bring some of the most brilliant scientists to local pubs to discuss their latest research and findings with the public. No prior knowledge is needed. The festival runs over a few days in May every year.

The idea origins in 2012, when Dr. Michael Motskin and Dr. Praveen Paul from the Imperial College London organised an event called ‘Meet the Researchers’. It brought people affected by Parkinson’s, Alzheimer’s, motor neurone disease and multiple sclerosis into their labs to show them the kind of research they did back then. It was inspirational for both visitors and researchers. They thought if people want to come into labs to meet scientists, why not bring the scientists out to the people? And so Pint of Science was born. In May 2013 they held the first Pint of Science festival in just three UK cities. It quickly took off around the world and is now in over 400 cities, also in German ones.