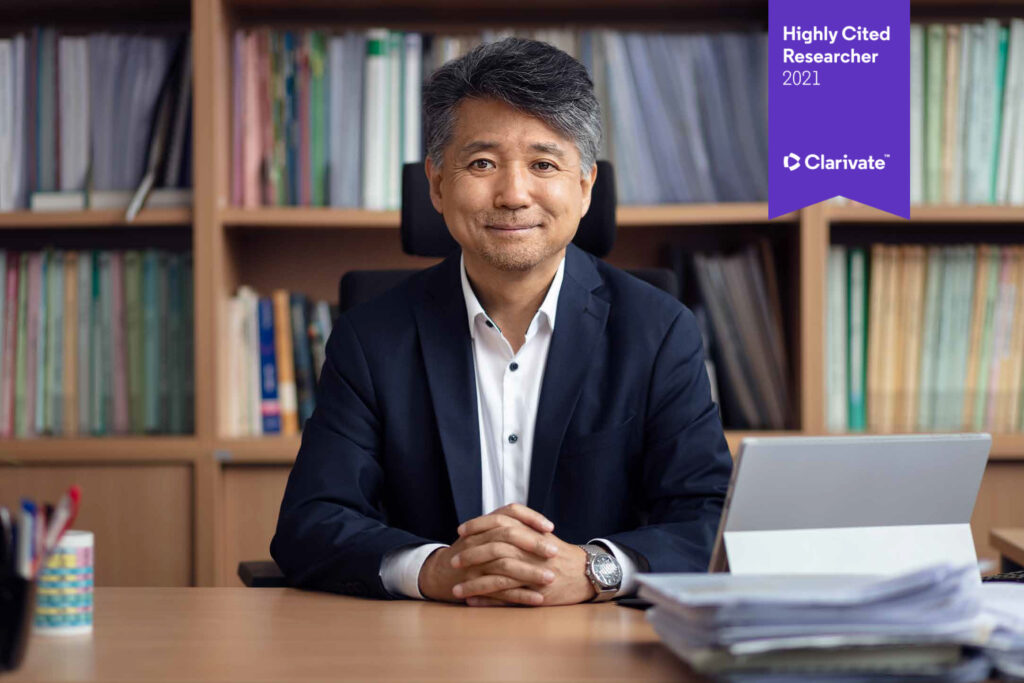 ML4Q is proud to announce that the cluster´s Spokesperson, Professor Yoichi Ando, has been once again named on the annual Highly Cited Researchers™ 2021 list from Clarivate.

The highly anticipated annual list identifies researchers who demonstrated significant influence in their chosen field or fields through the publication of multiple highly cited papers during the last decade. Their names are drawn from the publications that rank in the top 1% by citations for field and publication year in the Web of Science™ citation index.

More than 6,600 researchers, in 21 fields of the sciences and social sciences, and cross field categories were selected based on the number of highly cited papers they produced over an 11-year period from January 2010 to December 2020.

The methodology that determines the “who’s who” of influential researchers draws on the data and analysis performed by bibliometric experts and data scientists at the Institute for Scientific Information™ at Clarivate. It also uses the tallies to identify the countries and research institutions where these scientific elite are based. The full 2021 Highly Cited Researchers list and executive summary can be found online here.

“It’s a great honor to be recognized as a highly cited researcher for the 5th time. I would like to thank my group members and collaborators, without whom I could not have achieved this status. By leveraging on ML4Q, I wish to make even deeper contributions to physics by experimentally addressing non-Abelian states of matter.”
(Yoichi Ando)

Yoichi Ando has been selected together with around 180 researchers in Physics. He has published over 330 papers that have been cited over 20,000 times in total and almost 9,000 times in the last 5 years. His Invited Review Paper on Topological Insulator Materials in the Journal of the Physical Society of Japan earned almost 1,000 citations since 2013. His work published in Nature Physics showing the experimental realization of a topological crystalline insulator in SnTe was cited more that 600 times since 2012.

Yoichi Ando is one of six Highly Cited Researchers at the University of Cologne with specialties in Clinical Medicine, Infectiology, Microbiology, Plant & Animal Science as well as Psychiatry & Psychology.

On being a cook and a detective in the lab