Corinna, it’s almost 10 years now that you became professor for Theoretical Quantum Physics at the University of Bonn. How has it been?

I hardly notice that it is almost 10 years, since it has been very busy: I contributed to setup two collaborative research centers (SFBs) and the Cluster of Excellence ML4Q. However, it has taken more time and efforts to balance different interests than I had expected.

In January 2021, you were nominated by the APS Division of Atomic, Molecular & Optical Physics to become an APS fellow. What does this achievement mean to you?

It is of course a great honor and thus, I was very happy receiving the message to be chosen as an APS fellow. I feel that my research on non-equilibrium quantum systems received additional recognition.

When you think of promoting equal opportunities and diversity in the scientific and academic community. Which measures do you regard most important and effective? Are there any current development that you are sceptic about?

This is a very complex subject which cannot be dealt with in a short answer. In my opinion, two of the most important measures are to support talented persons at an individual level and to offer early chances on permanent positions as the tenure track positions. However, this alone is not enough and it is an interplay of many points which need to be changed. One main obstacle is the unconscious bias of many persons which is hard to change and at the end only this would allow for more equal opportunities and diversity in the scientific community.

You started a little theater project for Kindergarden children. What motivated you and how is going?

Our Kindergarden project was conceived to create interest of the young kids and in particular young girls for physics. To do this, we are mixing physics experiments into stories which are interesting to all kids. We started the project, since we saw that already very early on the kids are biased from outside in their interests by comments as ‘this is a boy/girl thing’. We would like to show to the kids and in particular to the girls that physics is fascinating and that it is not only a “boy thing”. 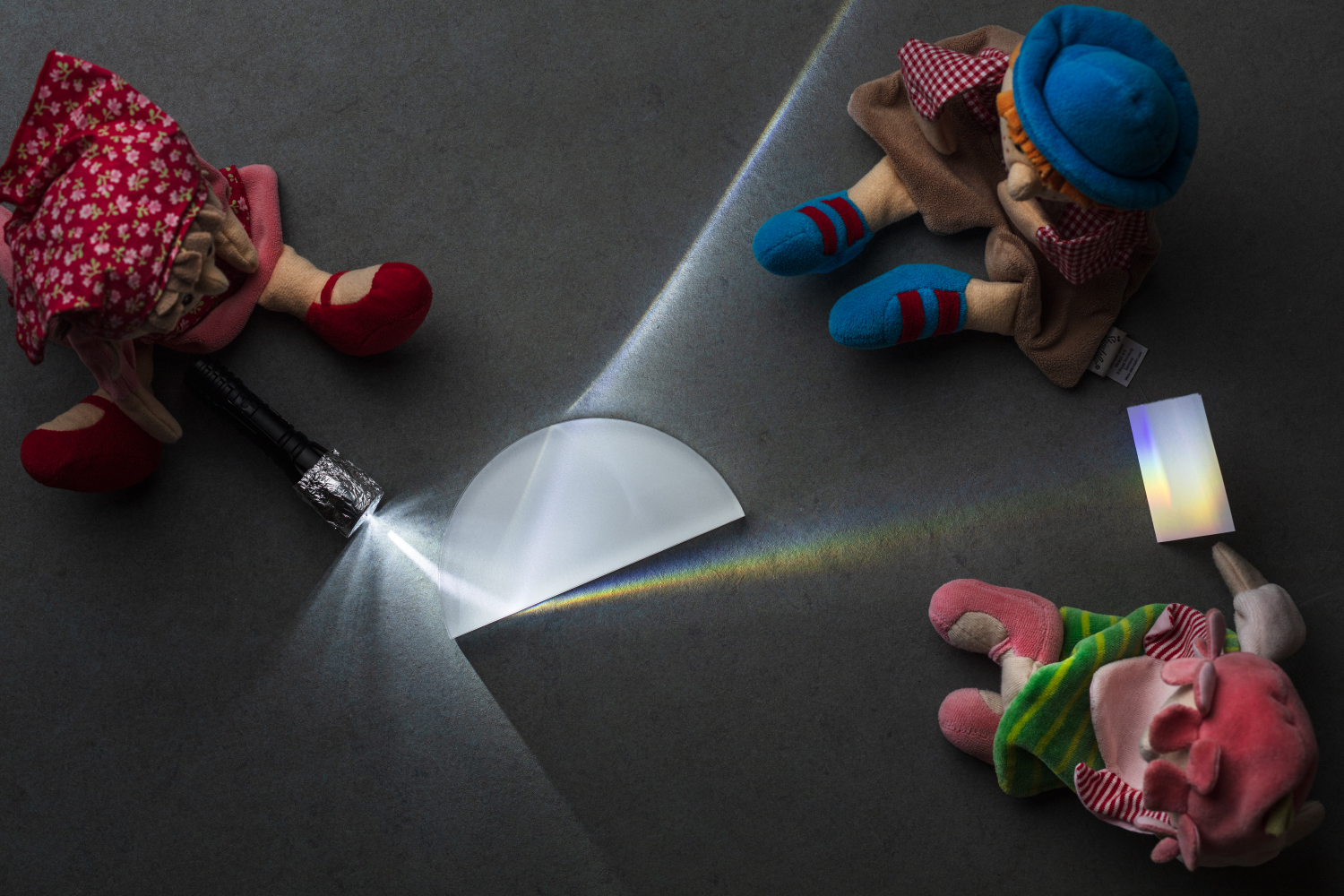 In Corinna’s theatrical skit, two friends embark on a journey to find the rainbow colors as a present for their princess friend on her birthday. (Images: Simon Wegener)

What part of your work do you enjoy most and how much of your time can you dedicate for it at the moment?

I enjoy most working with the students on research, teaching students and performing outreach activities like for the Kindergarden kids. However, since I am working part time, the time I can dedicate to this is sadly very limited due to all the other tasks which come along with a professor position. 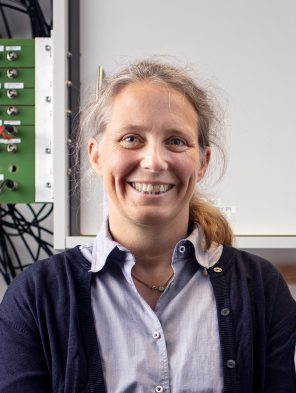 In January 2021, Corinna Kollath was nominated by the APS Division of Atomic, Molecular & Optical Physics to become an APS fellow. The APS Fellowship Program is a distinct honor signifying recognition by one’s professional peers for outstanding original research and publication, or innovative contributions in the application of physics to science and technology.
Corinna was honored for her studies of low dimensional correlated systems, in particular out of equilibrium, using a combination of analytic and novel numerical approaches.

Corinna was born in Stirling (UK). She studied physics in Cologne and got her BSc Honours in Physics and Mathematics from the University of Glasgow. Her diploma thesis on “Quasiparticles in p-wave superconductors” was supervised by Martin
Zirnbauer (University of Cologne). After getting her PhD degree from RWTH Aachen she worked as a postdoctoral fellow at University of Geneva and the École Polytechnique. In 2013, she became professor of Theoretical Quantum Physics at the University of Bonn.

Corinna’s work was recognized by several prizes: her outstanding PhD thesis got her the “Borchers Plakette” of RWTH Aachen, the German Physical Society honored her with the “Hertha Sponer Prize”, and the “Akademie der Wissenschaften zu Goettingen” chose her for the Prize for Physics in 2010.