For quantum computers to be useful in practice, errors must be detected and corrected. A research group at RWTH Aachen University, in collaboration with experimental physicists at the University of Innsbruck, Austria, has now implemented a universal set of computational operations on fault-tolerant quantum bits for the first time, demonstrating how an algorithm can be programmed on a quantum computer so that errors do not spoil the result.

In modern computers errors during processing and storage of information have become a rarity due to high-quality fabrication. However, for critical applications, where even single errors can have serious effects, error correction mechanisms based on redundancy of the processed data are still used. Quantum computers are inherently much more susceptible to disturbances and will thus probably always require error correction mechanisms, because otherwise errors will propagate uncontrolled in the system and information will be lost.

As the fundamental laws of quantum mechanics make it impossible to copy quantum information, redundancy can be achieved by distributing logical quantum information into an entangled state of several physical systems, for example multiple individual atoms. The team led by Markus Müller of RWTH Aachen University and Forschungszentrum Jülich and Thomas Monz of the Department of Experimental Physics at the University of Innsbruck in Austrai has now succeeded for the first time in realizing a set of computational operations on two logical quantum bits that can be used to implement any possible operation.

“From these elementary operations one can compose any quantum algorithm – this is what makes a quantum computer freely programmable and useful for a wide range of practical applications”, explains theoretical physicist Manuel Rispler.

The team of researchers implemented this universal gate set on an ion trap quantum computer featuring 16 trapped atoms. The quantum information was stored in two logical quantum bits, each distributed over seven atoms. Now, for the first time, it has been possible to implement two computational gates on these fault-tolerant quantum bits, which are necessary for a universal set of gates: a computational operation on two quantum bits (a CNOT gate) and a logical T gate, which is particularly difficult to implement on fault-tolerant quantum bits. The physicists demonstrated the T-gate by preparing a special state in a logical quantum bit and teleporting it to another quantum bit via an entangled gate operation.

T gates are very fundamental operations. They are particularly interesting because quantum algorithms without T gates can be simulated relatively easily on classical computers, negating any possible speed-up. This is no longer possible for algorithms with T gates.

The predictions from our theoretical models coincided well with the experimental measurements by our colleagues in Innsbruck.

Financial support for the research was provided, among others, by the European Union within the framework of the Quantum Flagship Initiative as well as by the Deutsche Forschungsgemeinschaft (DFG) within the Cluster of Excellence Matter of Light for Quantum Computing (ML4Q). 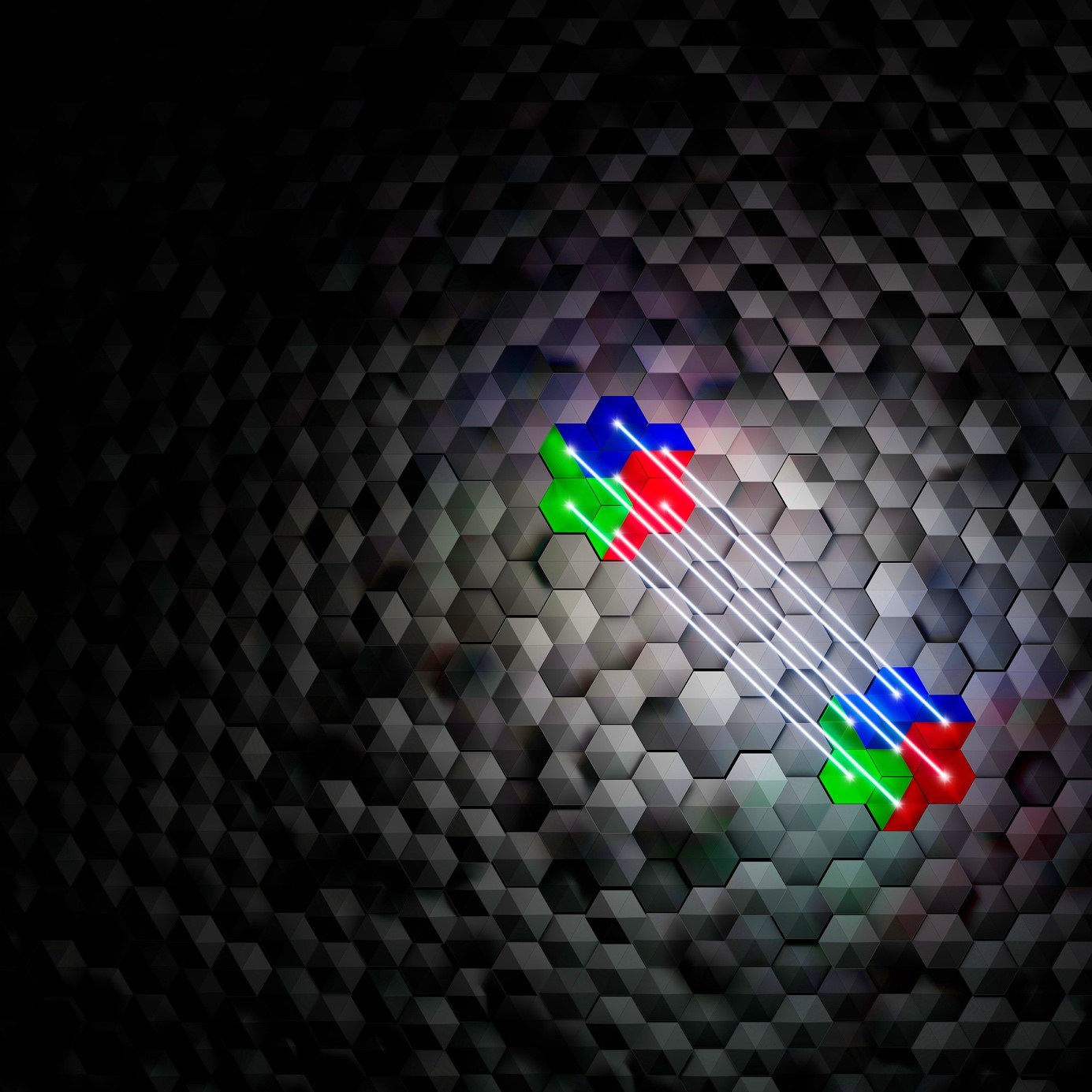 Artist impression of gate operations on logical quantum bits, that are protected from faults by means of quantum error correction. Credit: Johannes Knünz