An international group of scientists have demonstrated that wires more than 100 times thinner than a human hair can act like a quantum one-way street for electrons when made of a peculiar material known as a topological insulator. The discovery opens the pathway for new technological applications of devices made from topological insulators and demonstrates a significant step on the road to achieving so-called topological qubits, which it has been predicted can robustly encode information for a quantum computer.

To achieve this result, experimental physicists at the University of Cologne in the group of ML4Q Spokesperson Yoichi Ando closely collaborated with the groups of Jelena Klinovaja and Daniel Loss at the University of Basel. The study ‘Giant magnetochiral anisotropy from quantum confined surface states of topological insulator nanowires’ has now been published in Nature Nanotechnology. 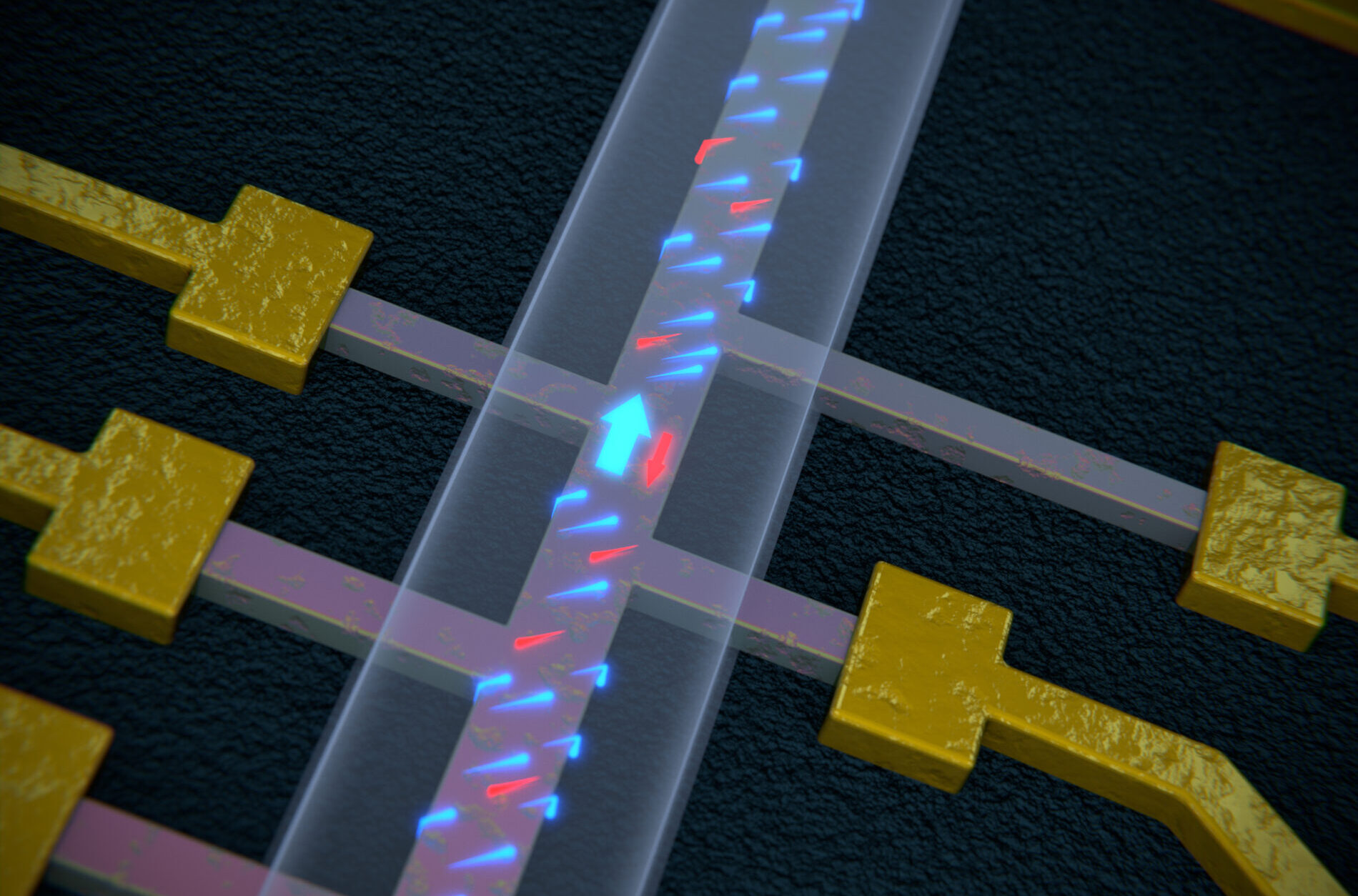 Applying a magnetic field causes current to flow more easily in one direction along the nanowire than in the opposite direction. (Image: Henry Legg, University of Basel, Department of Physics)

Usually, quantum rectification effects arise as a result of something known as spin-orbit coupling, which is actually a mix of quantum mechanics and Einstein’s theory of relativity. That strange mix normally results in tiny rectification effects. What is great about the topological insulator nanowires is that we can artificially produce essentially the same physics but with a much larger magnitude. This leads to a rectification effect that is really huge compared to other materials. It is also one of the aspects that makes topological insulators so exciting for applications in quantum computing.

Georg H. Endress postdoctoral fellow at the University of Basel and first author of the paper

Ohm’s law states that the current flowing through a device is governed by the voltage drop across it and a quantity known as resistance. However, when quantum mechanics is at play, Ohm’s law sometimes needs to be corrected. In particular, if a material or a device does not look the same when all its spatial properties are mirrored – so-called broken spatial inversion symmetry – applying a magnetic field means the quantum version of Ohm’s law allows current to flow more easily in one direction compared to the other. The size of the current rectification is determined by the difference between the resistances in each direction. The high degree of control possible in topological insulator devices allowed the team of researchers to achieve a truly gigantic rectification effect compared to what had previously been observed.

It was very exciting when we saw what the theory had predicted. The rectification effect is highly controllable with small changes of gate voltage, and that could have quite promising technological implications. It took a lot of late evenings in the lab, but it was worth it.

Our study demonstrates yet another novel quantum phenomenon that is possible in topological insulator devices and highlights their potential technological applications. It is also another key piece of evidence that topological insulators are ideal platforms for hosting Majoranas. The discovery of Majoranas would be a real game changer for quantum computing.