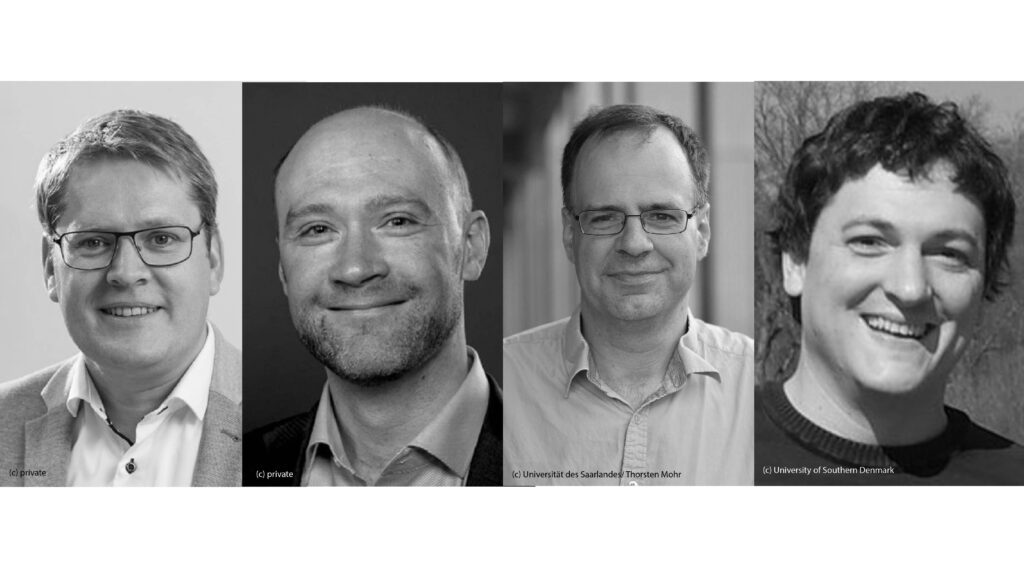 Markus Müller joined RWTH Aachen and Forschungszentrum Jülich in 2019 as a professor leading the Theoretical Quantum Technology Group at the Institute for Quantum Information at RWTH Aachen University and the Peter Grünberg Institute for Theoretical Nanoelectronics at the Forschungszentrum Jülich. During the last years, the main focus of his work has been on topological quantum computing and error correction with trapped ions, as well as the study of topological quantum phases in condensed-matter and cold atom systems. Within Focus Area 3, Markus has been leading an open call project entitled “Towards Fault-Tolerant Spin-Qubit-Based Logical Qubits” since 2020.

Jeremy Witzens joined RWTH Aachen in 2011 where he is heading the Integrated Photonics Laboratory. Through the open call for projects in 2020, Jeremy joined ML4Q through a Focus Area 4 related project entitled “Electrically gated multi-qubit to fiber interface”.

Frank Wilhelm-Mauch joined Forschungszentrum Jülich in 2020 as the Director of the Institute for Quantum Computing Analytics. He joined ML4Q from the start as a member of the scientific advisory board. Through his new appointment at Forschungszentrum Jülich, he continues to contribute to the scientific as well as the strategic development of the cluster.

Sebastian Hofferberth joined the Institute for Applied Physics at the University of Bonn in 2020 as head of the Nonlinear Quantum Optics group. His group explores how to create strong optical nonlinearity in a medium at light levels of individual photons. Such a quantum nonlinear medium mediates an effective interaction between single photons and thus opens the possibility of manipulating light at its most fundamental level. The goal of the group is to realize a system that enables full control over the quantum state of few photon light pulses. Together with Simon Stellmer, Sebastian is leading in 2021 a pilot study on the “Quantum transduction of entangled photons from microwave to optical”.