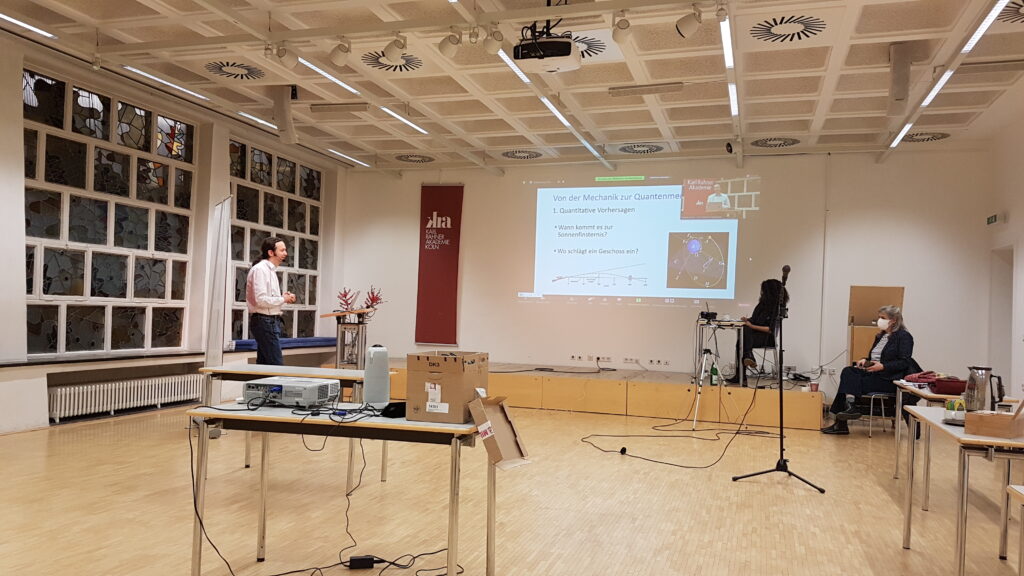 Yesterday David Gross gave a lecture on quantum computers at the Karl Rahner Akademie in Cologne.

Karl Rahner was a Jesuite priest and theologian who is considered to be one of the most influential Roman Catholic theologians of the 20th century. He is known for criticizing the bad state of affairs within the Catholic Church and fostering the international theological dialogue as well as the dialogue between Theology and Natural Sciences. Tha Karl Rahner Akadmie in Cologne thus offers a wide range of cultural, political, interreligious, philosophical and scientific talks and debates for the public.

In his talk, David took his audience on a journey starting from the classical mechanics to the birth of quantum mechanics throwing some light on its problematic philosophical implications. His introduction of making use of quantum mechanical theories for quantum information was interspersed by enjoyable anecdotes about David Deutsch, Hugh Everett and other influential scientists. The talk was concluded by an explanation of the basic principle of quantum computers, challenges in current research and feasible application fields for quantum computation.

David made sure to comment on the current media hype around quantum computing with all the supremacy demonstrations announced regularly. Showing how many industrial and academic players along with governmental funding programs are investing substantially in this future technology, he made a clear note on how much work in fundamental research is still to be done in order to pave the way for high quality quantum computers and provide the theoretical fundaments for societally relevant applications.

More on the Karl Rahner Akademie