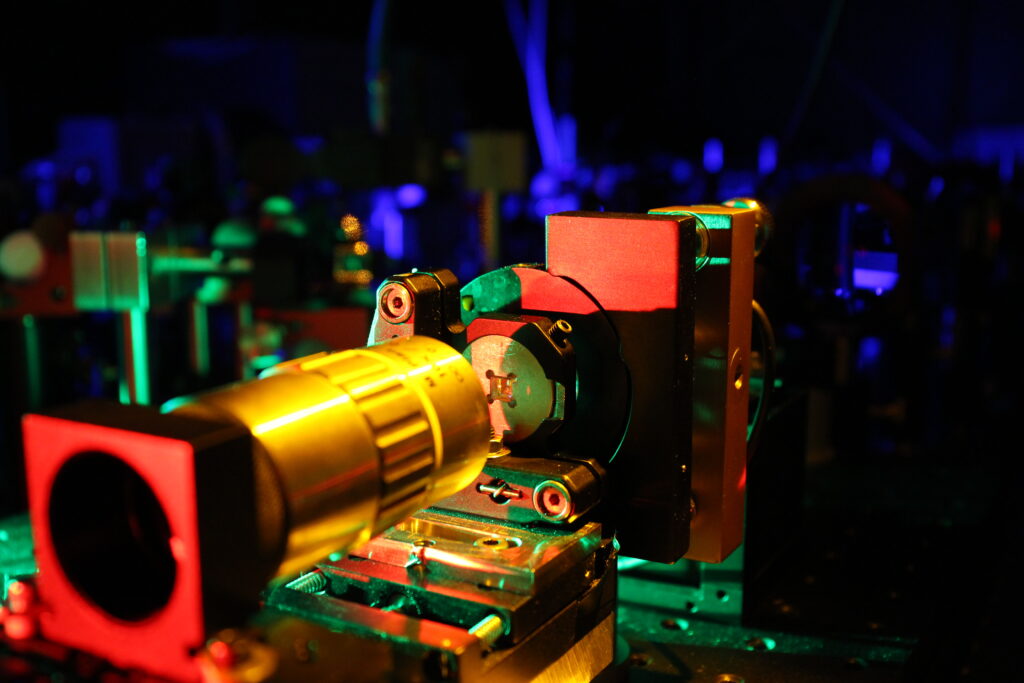 Martin Weitz, ML4Q site representative at the University of Bonn, is one of five organizers of the three-day workshop Condensates of Light. This year the workshop is taking place online from December 9 to December 11. Registration is now open!

Bose-Einstein condensation, the macroscopic ground state occupation of a system of integer spin particles (bosons), has been observed in the last twenty years for dilute cold atomic gases and in solid-state systems with both exciton-polaritons and magnons. More recently, Bose-Einstein condensation of photons has been demonstrated in a dye-filled optical microcavity, where, unlike in a black-body radiator, the photon number does not vanish at low temperature but instead exhibits condensation to the lowest energetic cavity mode. In other experiments, interesting other collective many-body effects of light have been observed in optical cavities, and both theorists and experimentalists are beginning to exploit novel quantum fluids of light.

The aim of the planned workshop is to arrange a dialogue between researchers working in the fields of optical Bose-Einstein condensates, quantum fluids of light, and other novel matter-light condensation phenomena. We explicitly want to involve researchers working in R&D to help shape the field for the coming years. In this manner we hope to establish the current state-of-the-art of research into Bose-Einstein condensates and other quantum fluids of light and to look to the future of the field and to application of these novel phenomena.

Specifically, the goals are:
1. To consolidate informal scientific collaborations and fostering new ones.
2. To identify candidate system with fundamentally different properties.
3. To identify novel applications of condensates of light in science and industry.