The seminar recordings are available for all members and cluster associates on the internal website. If you do not have access, please drop a line to the ML4Q office. 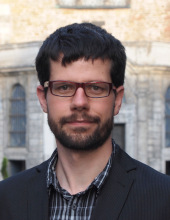 An introduction to Majorana Fermions

In the first session, the organizers will give an overview of the seminar series and an outlook on future events in the framework of ML4Q Concepts. The talk by Fabian Hassler will be an introduction of Majorana fermions and their application potential in quantum computing. 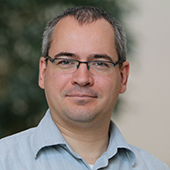 The experimental detection of Majorana bound states, which emerge resulting from the interplay of induced superconductivity with spin-orbit coupling and magnetic field in semiconductor nanodevices, is most commonly based on the zero bias conductance peak (ZBP), which, however can be reproduced in topologically trivial systems as well.
In this talk, I will give an accessible overview of more advanced measurement methods addressing the Majorana states, with a particular focus on microwave domain detection techniques for the frequency halving of the AC Josephson effect and the direct measurements of the Andreev level spectra in semiconductor nanowires. 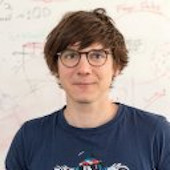 About the characterisation of many-body indistinguishability

Indistinguishability is the essential ingredient for many-body interference — a purely quantum mechanical interference effect between many identical particles that can be exploited for a variety of applications, ranging from simulations with ultracold atoms to photonic quantum information processing. In this talk I give an introduction into this fascinating many-body property. Starting from its consequences for interference effects, I show how many-body indistinguishability can be quantified and experimentally characterised using symmetries. Moreover I investigate how realistic experimental imperfections, such as finite temperature effects, induce a quantum-to-classical transition from indistinguishable to fully distinguishable particles.

From Andreev to Majorana bound states in hybrid superconductor-semiconductor nanowires

Electronic excitations above the ground state must overcome an energy gap in superconductors with spatially-homogeneous s-wave pairing. In contrast, inhomogeneous superconductors such as those with magnetic impurities or weak links, or heterojunctions containing normal metals or quantum dots, can host subgap electronic excitations that are generically known as Andreev bound states (ABSs). With the advent of topological superconductivity, a new kind of ABS with exotic qualities, known as Majorana bound state (MBS), has been discovered. In this talk, I will focus on hybrid superconductor-semiconductor nanowires as one of the most flexible and promising experimental platforms to study ABSs and MBSs. I’ll discuss how the combined effect of spin-orbit coupling and Zeeman field in these wires triggers the transition from ABSs into MBSs. I’ll show theoretical progress beyond minimal models in understanding experiments, including the possibility of a type of robust zero mode that may emerge without a band-topological transition, called quasi-MBS or non-topological MBS in the field. Finally, I’ll discuss the role of spatial non-locality, a special property of MBS wavefunctions that, together with non-Abelian braiding, is the key to realizing topological quantum computation.

This work has been recently published as a review in: Nature Reviews Physics 2, 575 (2020) 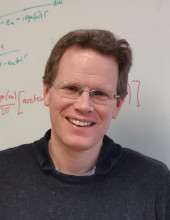 Electron-electron interactions can give rise to a plethora of novel phenomena in solid-state systems, most notably the fractional quantum Hall (FQH) effect. Research over the past years has shown that FQH edge states with induced superconductivity can host parafermionic bound states, which generalize the well-known Majorana bound states found in non-interacting systems. In this talk, I will introduce the concept of parafermions, discuss the systems which could host them, and review recent experimental progress realizing them. Moreover, I will discuss how parafermionic bound states can be useful for topologically protected quantum computation. 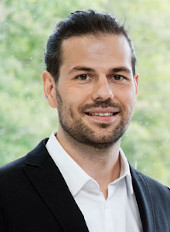 After a brief recap on superconducting qubits, I will introduce the material class of topological insulators and discuss how their integration into superconducting circuits could help realize a fundamentally new type of quantum bit. A so-called topological qubit promises to harness non-Abelian exchange statistics for high-performance quantum computing. However, its experimental realization is still pending and faces many challenges. Ultra-high vacuum lithography such as selective area growth and shadow evaporation solve some of the tasks and allow to study the interplay of superconductors and topological insulators in hybrid devices.