The University of Cologne’s North America Office celebrated its 10th anniversary with a festive in-person event at the German House in New York City on May 26. ML4Q members, Prof. Tommaso Calarco and Professor Alexander Altland, gladly joined the university delegation led by Rector Prof. Axel Freimuth and took part in a panel discussion on “Transatlantic Perspectives on Quantum Science and Technologies”.

The panel highlighted the cluster and its partner institutions in Germany and the U.S. Anna Grassellino, Director of the National Quantum Information Science Superconducting Quantum Materials and Systems Center and Fermilab Senior Scientist, introduced the audience to the peculiar and highly interesting but still counterintuitive phenomena of quantum mechanics. Tommaso Calarco, Director of the Institute for Quantum Control of the Peter Grünberg Institute at Forschungszentrum Jülich and Professor of Quantum Information at the Institute of Theoretical Physics of the University of Cologne, challenged the audience to overcome resistance to the counterintuitive nature of quantum mechanics and embrace the rising new technology which is rapidly becoming more tangible. He also emphasized the need of global efforts to tackle the development of this new technology and start training new generations of scientists and engineers who are willing to “play” with the many exciting phenomena of the quantum realm. Christopher Monroe, Director of the Duke Quantum Center at Duke University, Professor of Physics at the University of Maryland and co-founder and Chief Scientist at IonQ, enriched the discussion with realistic assessments of the state of the art of this new technology and gave many helpful analogies to help the audience grasp its complexity.

The delegation of the University of Cologne also visited Washington D.C. where it initiated a dialogue between the scientific community and the funding agencies of both countries, the German Research Foundation (DFG) and the National Science Foundation (NSF), in order to discuss potential funding programs for fundamental research in quantum science.

Another highlight was a high-level meeting with the German Ambassador to the United States and University of Cologne alumna Dr. Emily Haber at her residence, where the delegation discussed Future Technologies with, among others, representatives of the Department of Energy, the Department of State, and the White House Office of Science and Technology Policy.

Video stream of the evening

A couple of impressions

Link to the complete gallery 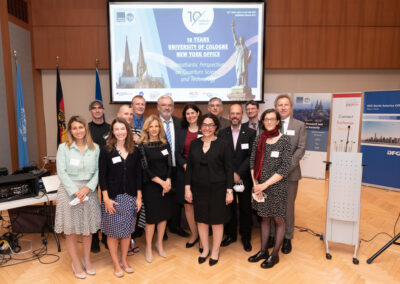 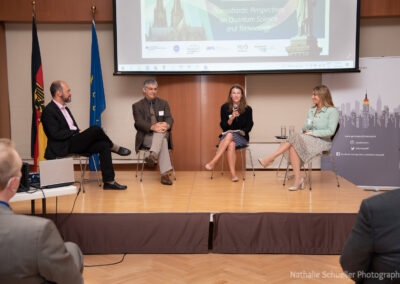 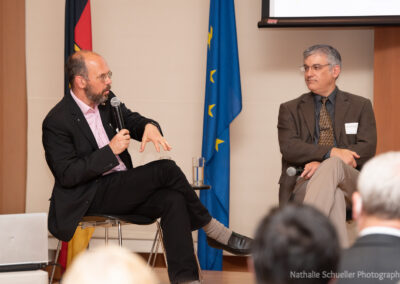 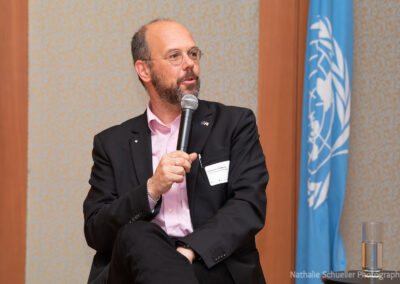 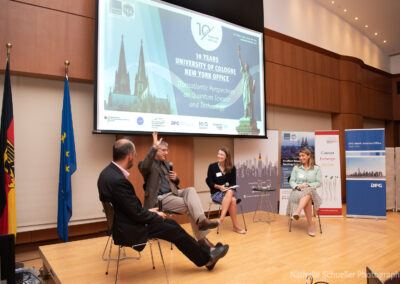 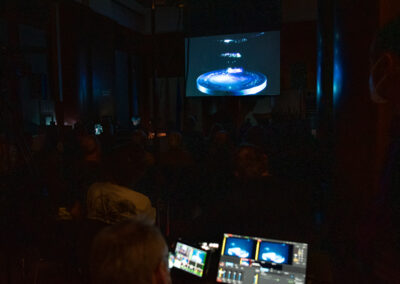 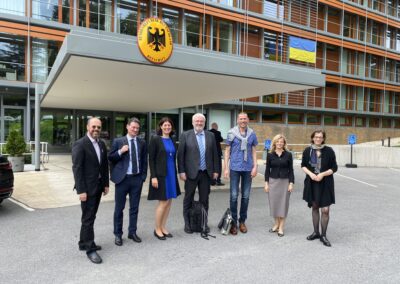 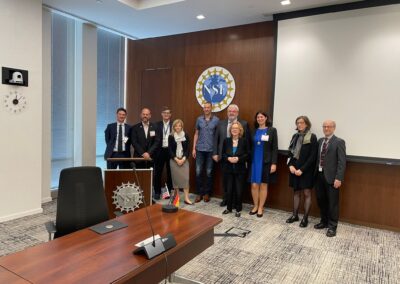