Researchers at ETH Zurich, supported by the Theoretical Quantum Technology Group at RWTH Aachen and Forschungszentrum Jülich as well as by colleagues in Canada, have succeeded, for the first time, in quickly and continuously correcting errors in digital quantum systems. With this work, published in Nature, the researchers have overcome an important hurdle on the road to practical quantum computing.

Quantum computers are seen as highly promising for future information processing. However, uncertainty exists as to whether, or not, they will ever be able to replace conventional computers because quantum computers have a problem: they are extremely error-​prone, and error correction is very demanding.

A research collaboration led by Prof. Andreas Wallraff at ETH Zurich, has now succeeded in overcoming an important hurdle: for the first time, the research team has been able to automatically correct errors in quantum systems to such an extent that the results of quantum operations can be used in practice. “Building practical quantum computers relies critically on the ability to detect and correct errors on quantum bits (qubits) fast enough and repeatedly, before they pile up and lead to failures of the quantum computations” explains Prof. Markus Müller, whose theory research group at the Institute for Quantum Information at RWTH Aachen and the Peter-Grünberg Institute at Forschungszentrum Jülich investigates protocols for quantum computing and error correction.

Previous error correction methods have been unable to simultaneously detect and correct both of the fundamental types of error that occur in quantum systems. Wallraff’s team has now presented the first system that can repeatedly detect as well as correct both types of errors. The researchers achieved this important success using a chip, which features a total of 17 superconducting qubits and is operated at a temperature of just 0.01 Kelvin, barely above absolute zero. 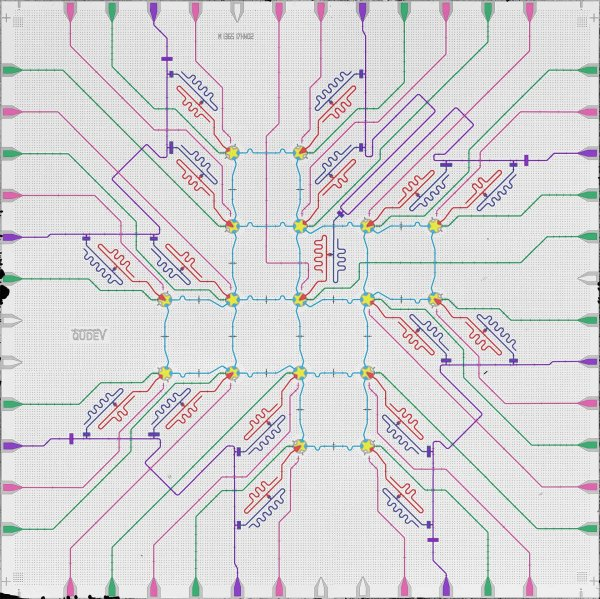 The research team performed the error correction with what is known as the surface code – a method in which the quantum information of a qubit is distributed over several physical qubits. Nine of the chip’s 17 qubits are arranged in a square three-​by-three lattice and together form what is known as a logical qubit: the computational unit of a quantum computer. The remaining eight qubits on the chip are offset from them; their task is to detect errors in the system.

If a disturbance occurring in the logical qubit distorts the information, the system recognises this disturbance as an error. This information is obtained by repeatedly and quickly measuring the eight additional qubits. This information can then be used to deduce which type of error most likely happened and where on the chip this occurred, without disturbing the quantum information stored in the logical qubit. To remedy the effect of detected errors, one can then either apply suitable corrections on the qubits, or for most applications – as also in the present experiment – it is sufficient to keep track of the detected errors and correct them only after the end of the quantum computation.

We are glad that, by using characterization techniques we explored earlier in our group, our experimental colleagues were able to process the collected measurement information in a way that helped them evaluate the quality of the logical qubit.

The development of quantum computers is currently a hotly contested field in quantum research, with competitors including large corporations such as Google and IBM. In this endeavor, RWTH Aachen and Forschungszentrum Jülich are involved in a number of research consortia besides ML4Q, which aim to build practical quantum computers based on various promising physical platforms, including trapped ions (AQTION, IQuAn), neutral atoms (MUNIQC-Atoms) and superconducting qubits (OpenSuperQ, QSolid).

“The experiments by our colleagues at ETH Zurich are impressive, and they show the potential of quantum error correction techniques to protect quantum processors against disturbances,” says ML4Q member Markus Müller who conducts research at the interface between quantum theory and experiment.
“It is expected that larger devices, which are currently being developed, will require more complex technology. But – if equipped with error correction protocols – they will eventually offer even higher protection against errors”. 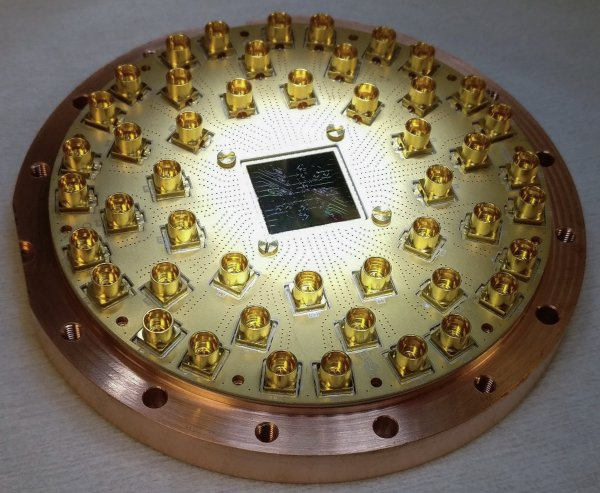