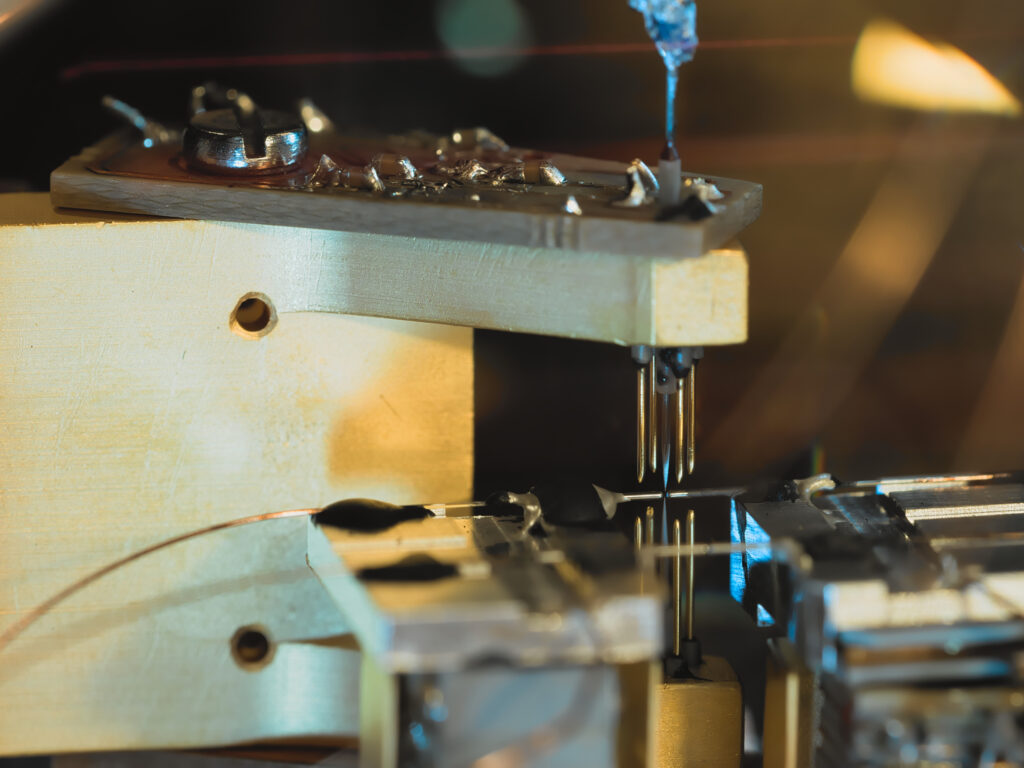 In their experimental setup, the scientists used an optical resonator consisting of two opposing mirrors located on the end facets of two optical fibers. For the concave mirrors, they ablated part of the optical fiber with a laser pulse and then had the optical fiber ends coated with a reflective coating. © CC BY 4.0 / Pascal Kobel

The group of Michael Köhl succeeded in implementing a special interface between light and matter. In npj Quantum Information they report the realization of a quantum network node using a trapped ion inside a fiber-based Fabry–Perot cavity. They show the generation of deterministic entanglement at a high fidelity of 90.1(17)% between a trapped Yb ion and a photon emitted into the resonator mode.
The results of the study may be relevant for distributed quantum computing or provably secure communication. In future studies, the researchers plan to further develop their system by, for example, improving the stability of the light-matter interface and using the setup for the distribution of quantum keys.

Read a full coverage of the paper on the website of the University of Bonn (German version).