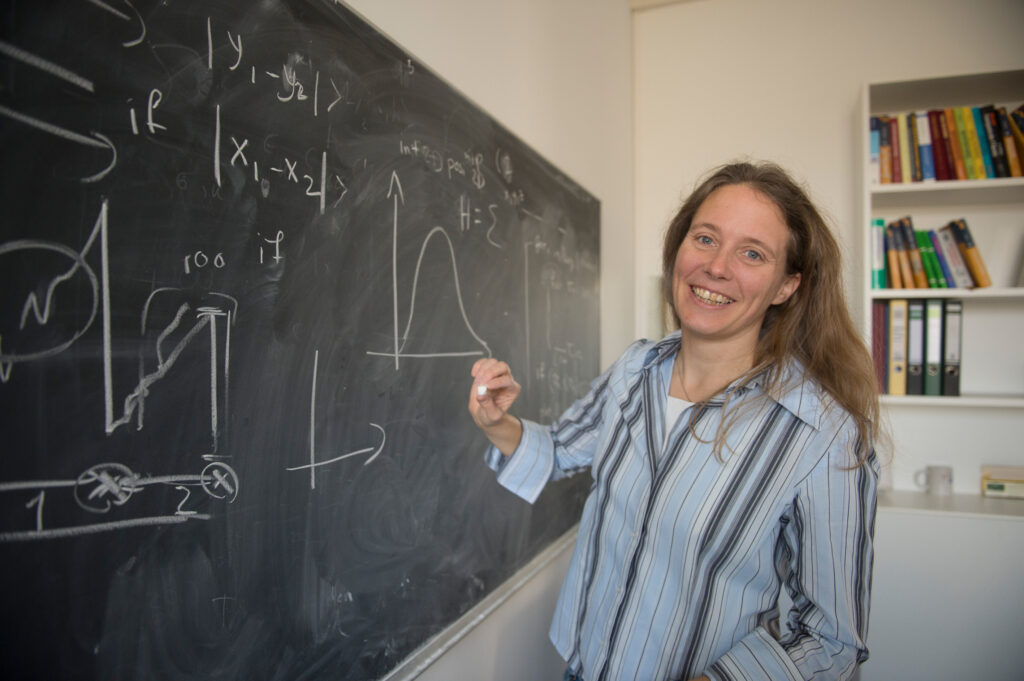 Corinna Kollath was nominated by the APS Division of Atomic, Molecular & Optical Physics to become an APS fellow. The APS Fellowship Program is a distinct honor signifying recognition by one’s professional peers for outstanding original research and publication, or innovative contributions in the application of physics to science and technology. Corinna was honored for her studies of low dimensional correlated systems, in particular out of equilibrium, using a combination of analytic and novel numerical approaches.

In ML4Q, Corinna is part of the Core Project team 2.3 which is exploring concepts of topology in and out of equilibrium and combining them with a microscopic description of noise and dephasing. In the Core Project team 1.4, she is studying novel topological states and interfaces (Majorana states and parafermions) that are motivated by condensed matter systems.

Corinna was born in Stirling (UK). She studied physics in Cologne and got her BSc Honours in Physics and Mathematics from the University of Glasgow. Her diploma thesis on “Quasiparticles in p-wave superconductors” was supervised by Martin Zirnbauer (University of Cologne). After getting her PhD degree from RWTH Aachen she worked as a postdoctoral fellow at University of Geneva and the École Polytechnique. In 2013, she became professor of Theoretical Quantum Physics at the University of Bonn. Corinna’s work was recognized by several prizes: her outstanding PhD thesis got her the “Borchers Plakette” of RWTH Aachen, the German Physical Society honored her with the “Hertha Sponer Prize”, and the “Akademie der Wissenschaften zu Goettingen” chose her for the Prize for Physics in 2010.