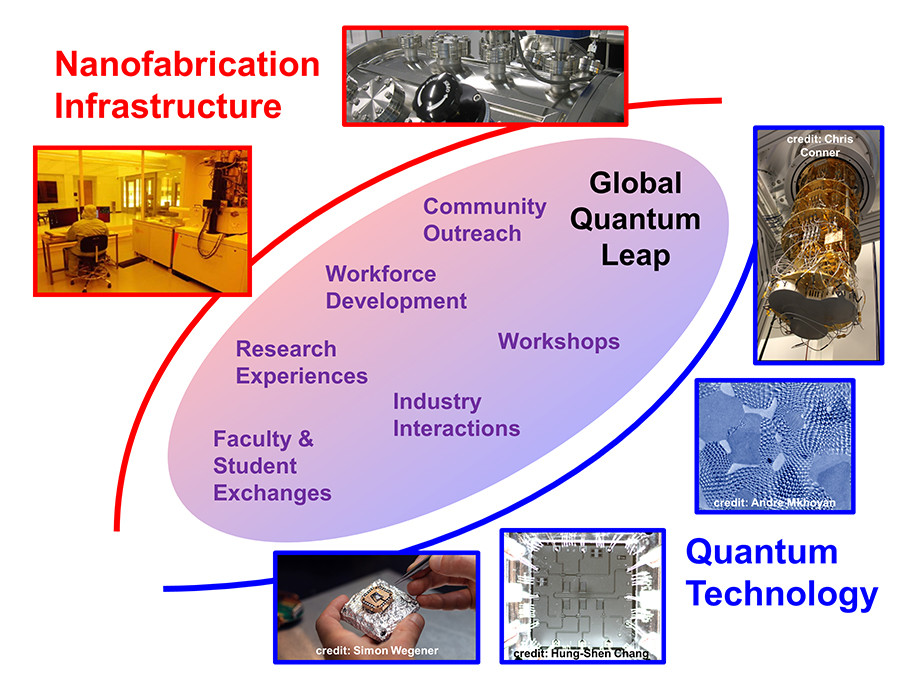 The NSF-funded Global Quantum Leap (GQL) will create a close link between nanofabrication and quantum technology, a connection that so far has been lagging and that will require a worldwide effort (source: Professor Steven Koester, Department of Electrical and Computer Engineering, University of Minnesota)

ML4Q has joined a newly funded project led by the University of Minnesota which aims to accelerate the discovery of next generation computing and communications systems by creating a “network of networks”.

The project, which is called Global Quantum Leap (GQL) and funded with a $2 million grant from the National Science Foundation (NSF), will create a close link between nanofabrication and quantum technology and bring together key nodes within the NSF-supported National Nanotechnology Coordinated Infrastructure (NNCI) and complementary networks of researchers in the United States and worldwide working on quantum information sciences through workshops, research exchanges, and educational bootcamps.

Besides ML4Q, other international partners of GQL include the Nanoplatform Japan (NPJ), the European OpenSuperQ, and the Chicago Quantum Exchange (CQE), which is based in the U.S. and includes partners in the Netherlands and Australia.

Press release on the website of the University of Minnesota