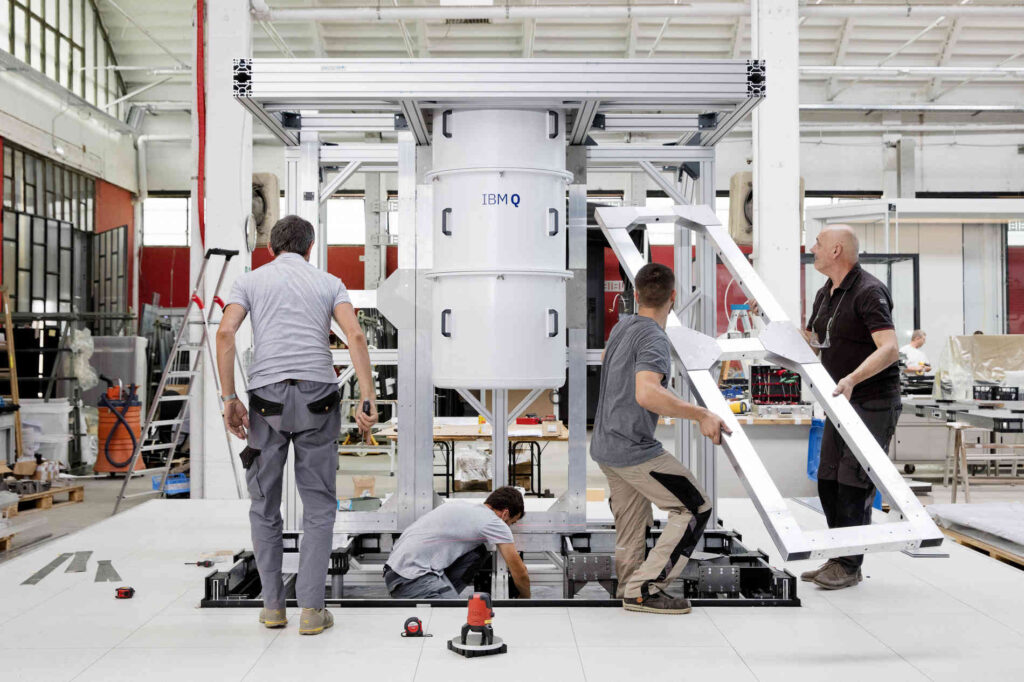 In cooperation with the Fraunhofer Society, IBM wants to set up the quantum computer “Q System One” and a competence center in Germany. Image: dpa/-

The Fraunhofer Gesellschaft and IBM have signed an agreement to advance research on quantum computers in Germany. For this purpose, an IBM quantum computer of the “Q System One” series is to be launched in a still unknown German region. According to Fraunhofer, it will be the first of its kind in Europe. Technology, application scenarios and algorithms are to be researched under the umbrella of the Fraunhofer Gesellschaft. In addition, competence is to be built up in business and science in Germany and thus international competitive advantages created. In an interview with Aachener Nachrichten, ML4Q vice-spokesperson, Hendrik Bluhm, speaks about growing quantum computing competencies in the region (specifically in Aachen and Jülich). Bundled expertise shall make the region an excellent candidate as to where to launch IBM’s Q System One.