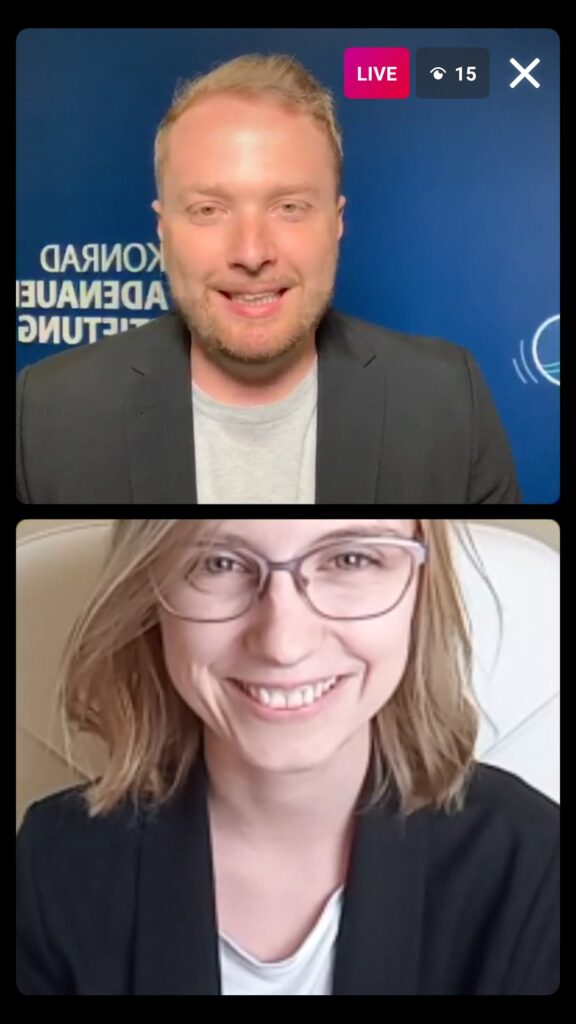 In an interview with the Konrad Adenauer Foundation on Instagram Live, Kathrin Dorn talked about quantum computers, how they are supposed to work and why they promise an advantage over classical computers. Kathrin is an associated member of ML4Q and currently working on her PhD project which she is doing in the group of Reinhold Egger at Heinrich Heine Universität Düsseldorf.

The Konrad Adenauer Foundation recently published 4 papers highlighting the basic concept of this future technology (we reported about this publication last week), possible applications as well as societal implications.

Quantum Computing is becoming more of a focus of the government’s current funding effort in the field of quantum technologies. On May 11, Anja Karliczek, federal minister for education and research, announced the new funding lines „Quantencomputer-Demonstrationsaufbauten“ and „Anwendungsnetzwerk für das Quantencomputing“ amounting to a total funding volume of 1.1 billion euro. “In particular, our goal is to build a competitive quantum computer in Germany within the next five years and to create an associated ecosystem with potential users”, Karliczek announced kick-starting mission quantum computer Made in Germany.